The 725 metre long Medway Tunnel is an immersed tube dual two‐lane tunnel with cut and cover approaches that was opened in 1996. As the proprietary control system had reached and of life and was no longer supported, a new SCADA control system was required to reduce risk of component failure.

Morson Projects provided Systems which were: 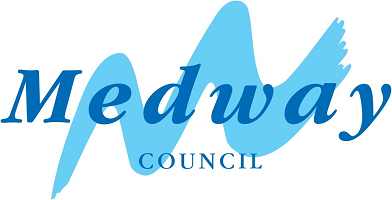 The 725 metre long Medway Tunnel is an immersed tube dual two‐lane tunnel with cut and cover approaches that was opened in 1996. As the proprietary control system had reached and of life and was no longer supported, a new SCADA control system was required to reduce risk of component failure.

The core solution is based upon new dual redundant SCADA servers and hot standby PLCs, as well as a new gigabit, fibre optic network utilising a stacked switch infrastructure capable of handling many IP based sub-systems both for this project and for future enhancements.

The Medway Tunnel SCADA system consists of dual redundant servers, with five client workstations. The duty/standby servers are installed in separate buildings providing geographical segregation in the event of building failure or personnel lockout. These servers are linked via a dedicated fibre to facilitate synchronisation.

The SCADA system provides the following functionality in a number of operator locations:

The Schneider Quantum CPUs were introduced as the Master PLCs since they have a very high level of availability as required by the project. These PLCs were configured using the Unity Pro software package and all software was designed to BS EN 61508 SIL2 as required for critical applications demanding high‐availability control system architectures, where control system failures cannot be tolerated.

The Schneider Advantys STB Modular I/O system was used for connecting the field equipment to the Master PLCs. Ethernet ‘Network Interface Modules’ were used to provide communication to these.

At each of the installed locations, the remote I/O Island uses a Network Interface Module, Power Distribution Modules and various configurations of modular Digital and Analogue I/O Cards required for each island to perform its control and monitoring activities. Each remote I/O island is expandable up to 32 modules making for a flexible solution.

A new fibre backbone was designed and installed in the tunnels and buildings using Cisco 3750G series Ethernet switches. These switches are multilayer with Fast Ethernet and Gigabit ports and feature StackWise technology, allowing for the creation of highly resilient networks.

Stacking the switches simplifies the network topology by reducing the number of Switch IP addresses, as they all become a single managed device helping to reduce the convergence time of the network.

To create a dynamic fault tolerant network in the tunnels, the Cisco IE‐3000‐4TC Industrial Ethernet switch was installed in the EDP cabinets. These switches provide four Ethernet 10/100 ports and two dual‐purpose uplink ports which are populated with SFPs to connect back to the backbone.

Adding a number of additional fibre cores between the east and westbound tunnels further increased the overall resilience of the network since it can now withstand multiple breaks within the same tunnel before any loss of communications is experienced.

The network infrastructure was not just designed to support all the sub system upgrades provided by this project such that a common Ethernet solution could be provided through all sub systems, but also to protect the investment of the project by future proofing the tunnel and the works by providing a modern expandable and resilient network structure without compromising reliability or performance.

Some of the features provided by the infrastructure are:

The CCTV system includes Bosch PTZ cameras in the tunnels and approach roads providing 100% coverage and Axis PTZ cameras providing coverage in the tunnel buildings and compound areas. All cameras are fully integrated into the SCADA allowing the operator to view and control PTZ functions directly from the SCADA workstation.

The new control room was fully fitted included suspended ceiling with lighting systems, air conditioning, desking and assorted plants and accessories to create a modern and comfortable environment for the operators.

The video wall and control room systems provide state of the art storage and retrieval solutions, storing all video footage for a 30 day period and allowing precise, speedy retrieval when an incident requires review. On playback, video footage is shown to the operator in relevant time, date and categorised order so that events can be evaluated, and a recording given to third parties such as police and judicial authorities.

In order to support the Automatic Incident Detection system, an additional 32 cameras were installed in the tunnels. These cameras are dedicated to the provision of incident detection system, which for the Medway Tunnel can recognise the following incidents:

To reliably provide these detections, the Bosch NWC0495 IP Camera was selected as it meets the technical requirements needed for incident detection in tunnel environment and were installed every 50M, with additional cameras located at the east tunnel which is significantly wider at the exit portal.

The existing analogue POTS Tunnel Emergency telephones have been migrated to the Tunnel WAN and incorporated into an existing Cisco Unified CallManager system.

IA Cisco ISR3845 and two high density FXS cards are used to connect the tunnel handsets. Calls from these handsets are routed back via the IP network, first to a handset in the WSB, then on busy or no answer to the MCCC handsets using H323 for audio and the Skinny signalling Control protocol (SCCP).  Custom TAPI interfaces were developed for the SCADA system to fully integrate these emergency telephones.

Whatsup Gold Network Management System (NMS) was installed and configured for all switches to trigger alerts based on switch and port status including CPU usage, high bandwidth, switch uptimes and many more features that are required to provide a fully functional network management system.

The NMS is installed on a dedicated  server setup such that it can be accessed via any PC on the network to provide feature such as: